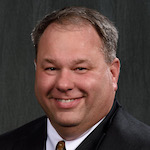 John Kvatek has overseen unprecedented growth in the Video Services Department at UCF, starting with the Knights since 2004. The department began with producing all coaches' video and the department has since assumed responsibility for producing all video board content, coaches shows, television ads, and live-event ESPN+ Campus Productions. Kvatek was involved with the design and construction of UCF’s Football Stadium (originally called Bright House Networks Stadium), which opened in 2007.

Prior to his arrival at UCF, Kvatek worked at Pinnacle Systems, where he worked from 1999-2004. During his tenure at Pinnacle, he served in various capacities including product marketing manager for networked news and sports editing solutions and as the manager of manufacturing and integration for Pinnacle's Networked Solutions Group.

Prior to Pinnacle Systems, Kvatek was the athletic video services coordinator at Wisconsin from 1995-99. During his time in Madison, Kvatek was responsible for the development and utilization of the world's first digital video network for sports video analysis and editing. He was also a member of the Kohl Center Design Team.

Kvatek has also worked as a video coordinator at Virginia Tech and Miami (Ohio) in their respective athletic departments. He is a 1995 graduate of Miami University with a bachelor's degree in mass communications.